Based in Bristol, U.K., Spectres are a noise rock quartet combining elements of drone, post-punk and accidental shoegaze.

Made up of vocalist/guitarist Joe Hatt, guitarist Adrian Dutt, bassist Dominic Mitchison, and drummer Andy Came, the group's ascent to widespread critical acclaim both on record and on the stage began after they had started to dominate the U.K. gig circuit. The outfit's first foray into the public eye was with the 2011 EP Family. The release cemented their penchant for harsh noise and uncomfortable swathes of distortion, enveloping somewhat straightforward, albeit dark, melancholy pop songs. It was this sound that began to earn the band comparisons to pioneering noise acts such as My Bloody Valentine and the Jesus & Mary Chain.

This led to Artrocker magazine crowning them "Unsigned Band of the Year," a title that spurred on more activity for Spectres as they took up residence in a makeshift bedroom recording studio to record their next EP, the highly visceral Hunger, which was put out by the group's own label, Howling Owl Records.

Further success followed when, after signing to Sonic Cathedral, they released their debut album, Dying, in 2015, an effort that gained further comparisons to acts such as Sonic Youth and A Place to Bury Strangers. They were hailed by NME and The Guardian, which stated the band was among those heralding a "new wave of new noise." It was around this time that Spectres had started to fully earn their reputation as a visceral and dangerously loud and raw live act.

The band unexpectedly courted controversy when it recorded and released an unofficial theme song for the 2015 James Bond movie Spectre, a move that started out as an elaborate joke due to the issue of the group's name and the film's title. However, the track ended up drawing in positive attention due to continuous airplay from BBC Radio 6. The song gained over a million youtube plays in one day. Spectres then shared a series of angry e-mails purported to be from the management of Sam Smith, singer of the movie's official theme song, castigating Radio 6 for favouring Spectres' song over his.

In 2016 they followed up their debut LP with the remix album, Dead, that boasted reworkings from the likes of Mogwai's Stuart Braithwaite, Factory Floor, Giant Swan and Ride’s Andy Bell. It highlighted the bands penchant for experimentation and thirst to push their sound to breaking point.

In 2017 with their second record, Condition, was released. Recorded by Dominic Mitchison and mastered by Frank Arkwright (Mogwai, 65daysofstatic) at Abbey Road, the album was a devastating assault of overloaded guitars, harsh textures, and sonic experimentalism, all held together by the bands increasingly refined approach to songwriting.

2018 saw Spectres return to the studio and write what will become their third album. Spectres completed two tours in the UK and Europe during 2018 that road tested the new material. The response to the new songs were overwhelmingly positive and so Spectres are currently recording their third album at The Nave Studio in Leeds, UK.

2019 : Spectres have completed recording their third album as a demo and have begun their sessions at The Nave Studio in Leeds where they will record and mix the record in its completion for release.

During January 2019, Spectres have recorded a Single and a B-Side to be released March 2019.The single will be the first piece of new music from Spectres in two years and the first music to be co-written and performed by new member (but long time producer) and bassist Dominic Mitchison. This single will be released by French Label Cranes Records.

“Dying may have only been released in 2015 but Condition already sees them stretch out and attack new territory. Rather than purge away on additional technology to add an extra edge, they instead channel focus away from traditional song structures and towards experimenting with white noise and heavy feedback” - THE LINE OF BEST FIT

"Not for the faint-hearted, but there's definitely something to enjoy in it's sheer bloody-mindedness." - Q MAGAZINE

"Condition, is a masterclass in dynamics and a showcase of genuine innovative songwriting... Give Condition the respect it deserves and you'll find melodic and compositional brilliance" - LOUD AND QUIET MAGAZINE 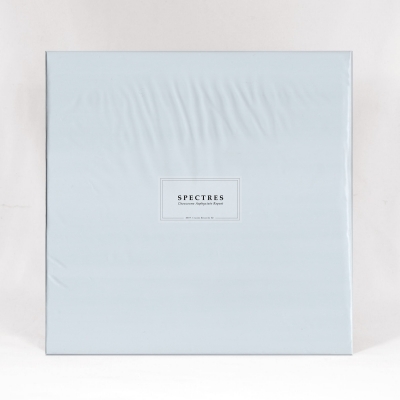