In the Soviet Union of the 1950s, most records from the West were banned. Some found a way to defy authority by cutting pirate versions on x-rays, called "bones records".

Bones is the new single from Seventeen At This Time, a band that has already released three albums on Cranes Records. We edit this item with the process of "bones records", by engraving 36 copies on X-rays from strangers. 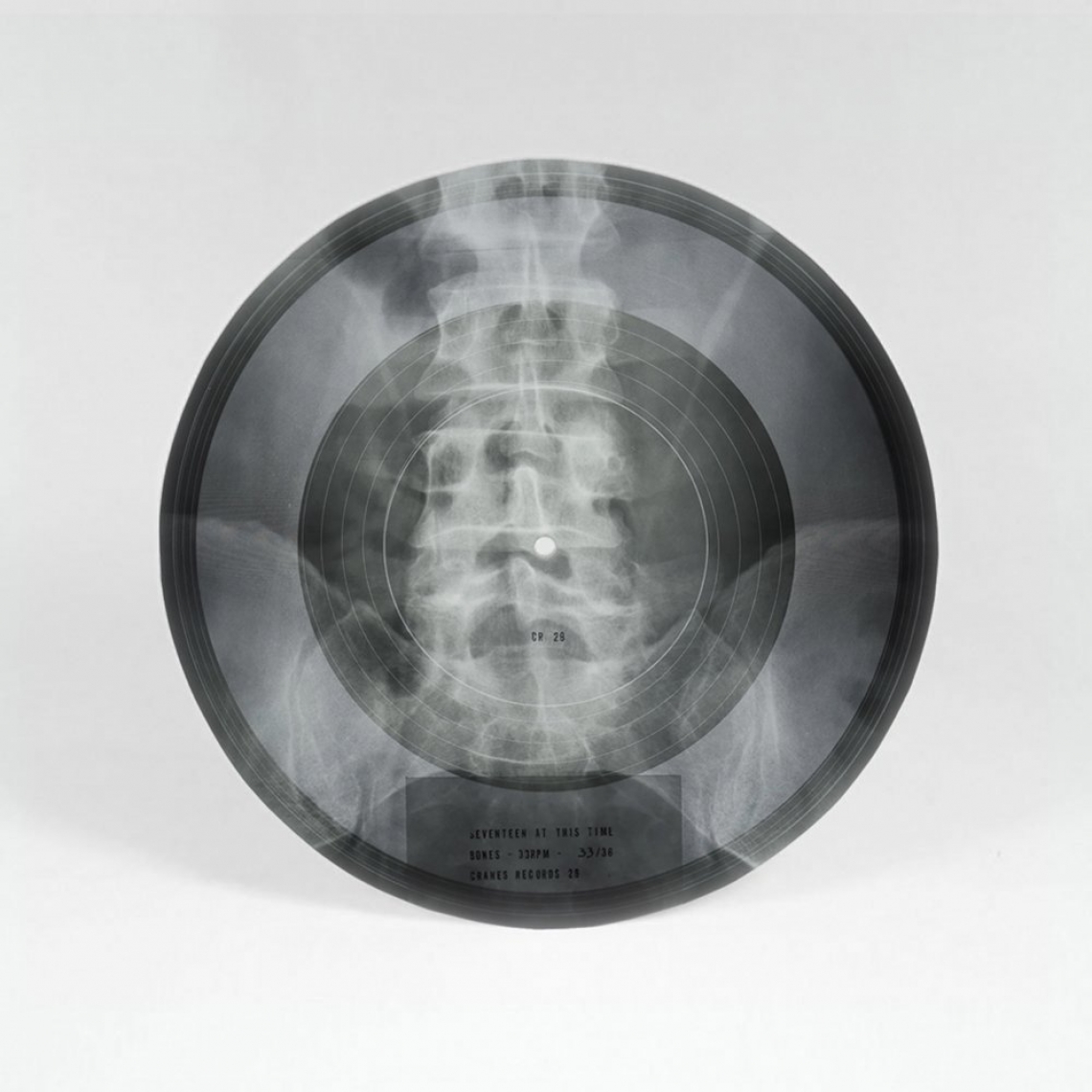