Dani Shivers (Tijuana, MX) releases her third album Half Ghost which concludes a trilogy started with LPs Jinx and Syzygy. Dani continues her childish incantations and goes towards darker and minimal lands.

Vinyl edition of this third album is accompanied by a metal module, which once folded by its owner, becomes a 16-sided mirror carousel and reveals an animation with the label of the disc during its reading: a cat running, in tears, and another cat who hands him a handkerchief in the other direction. 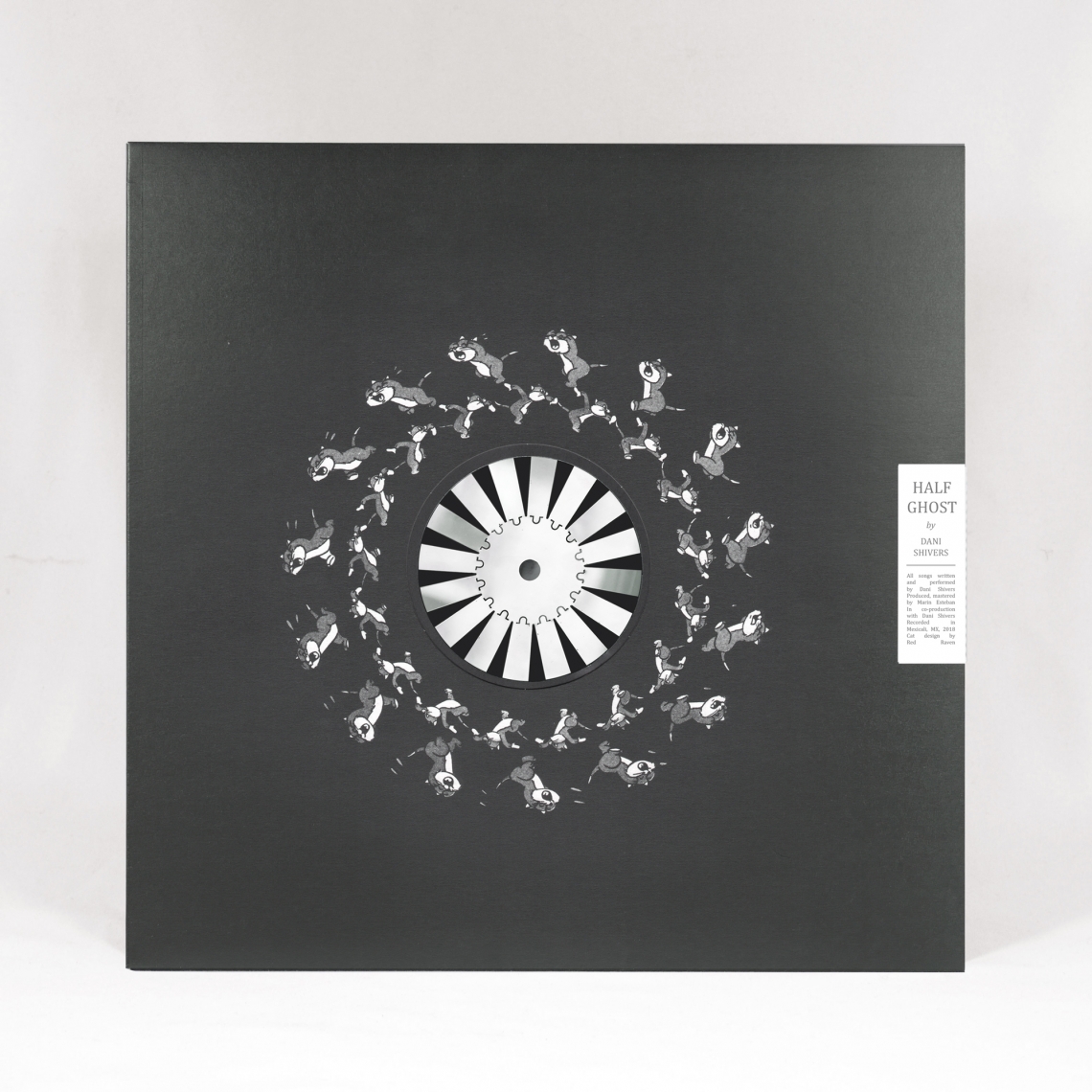 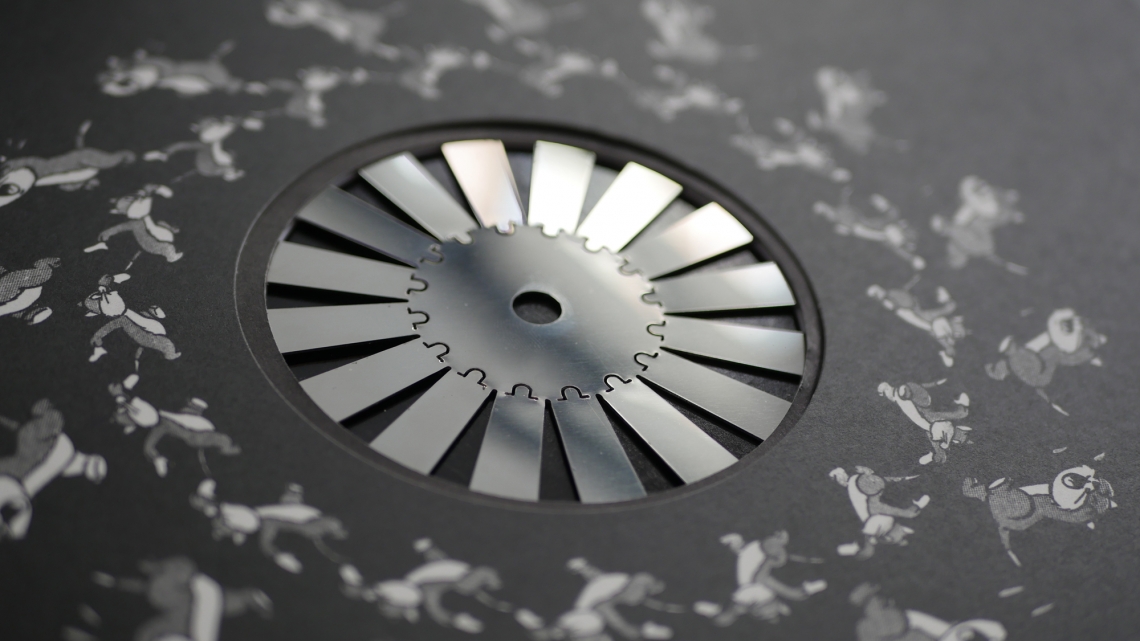 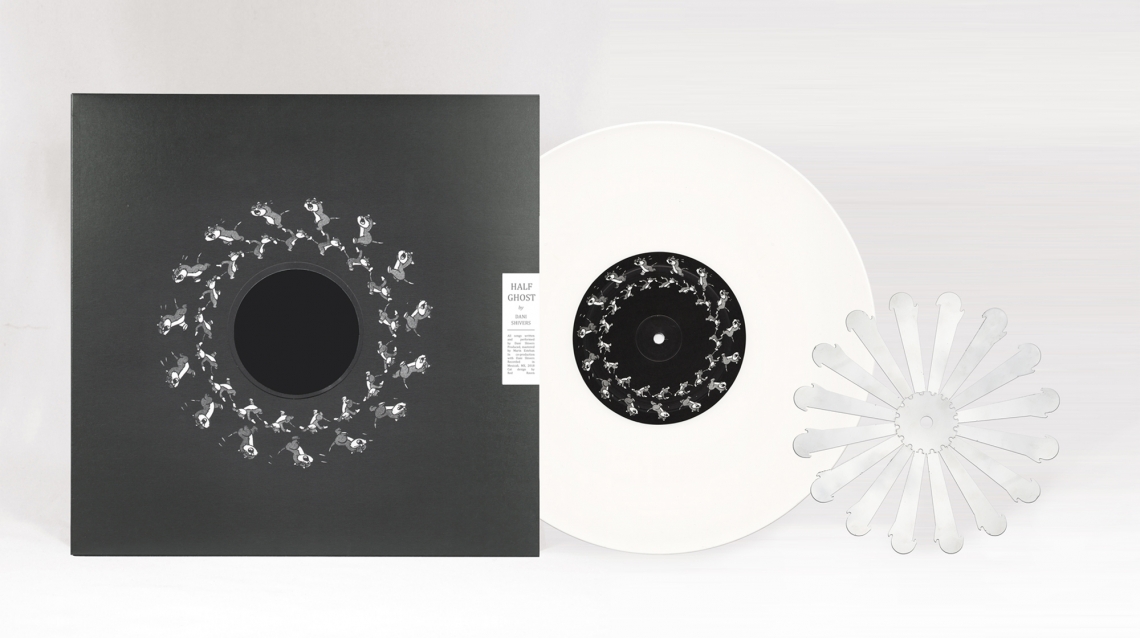 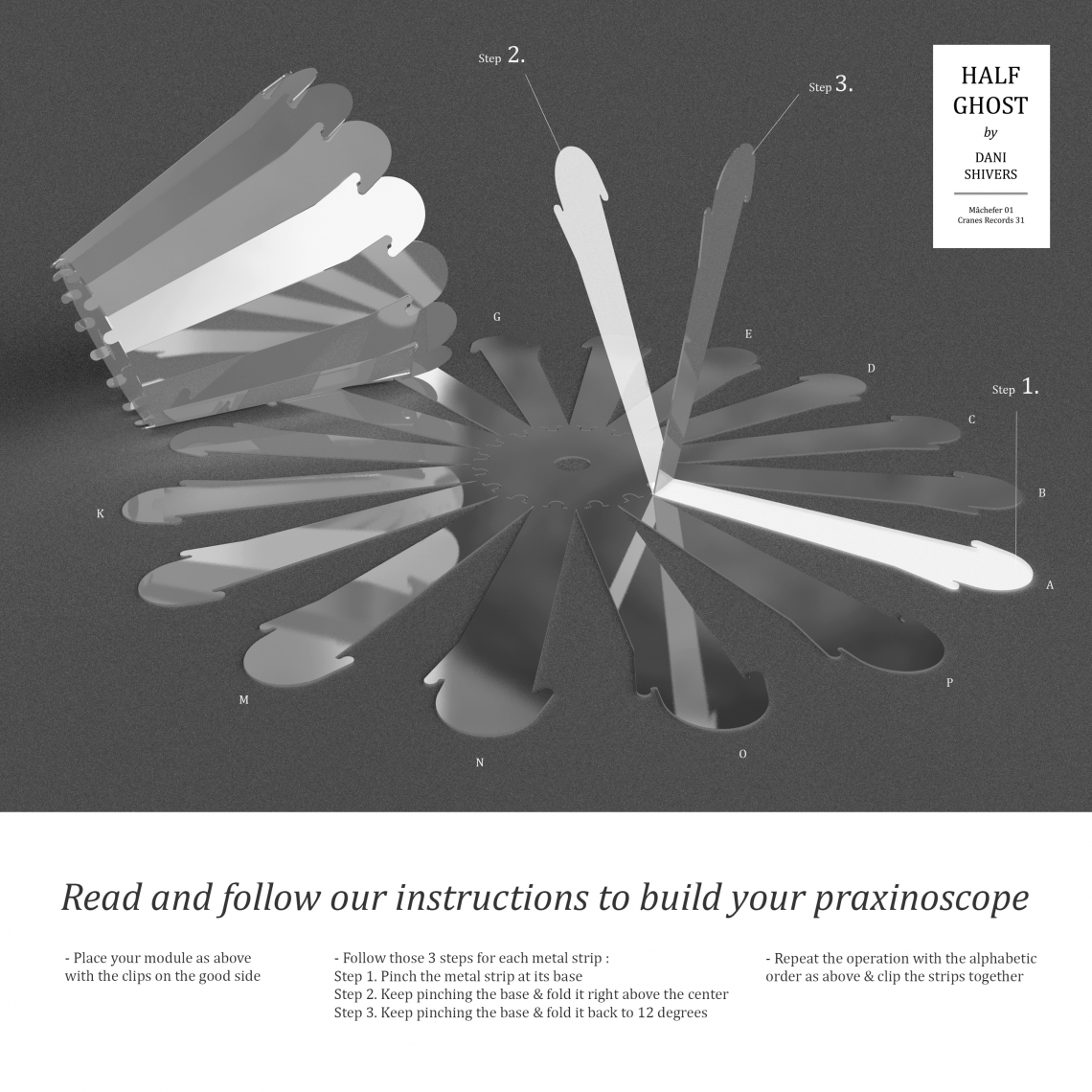 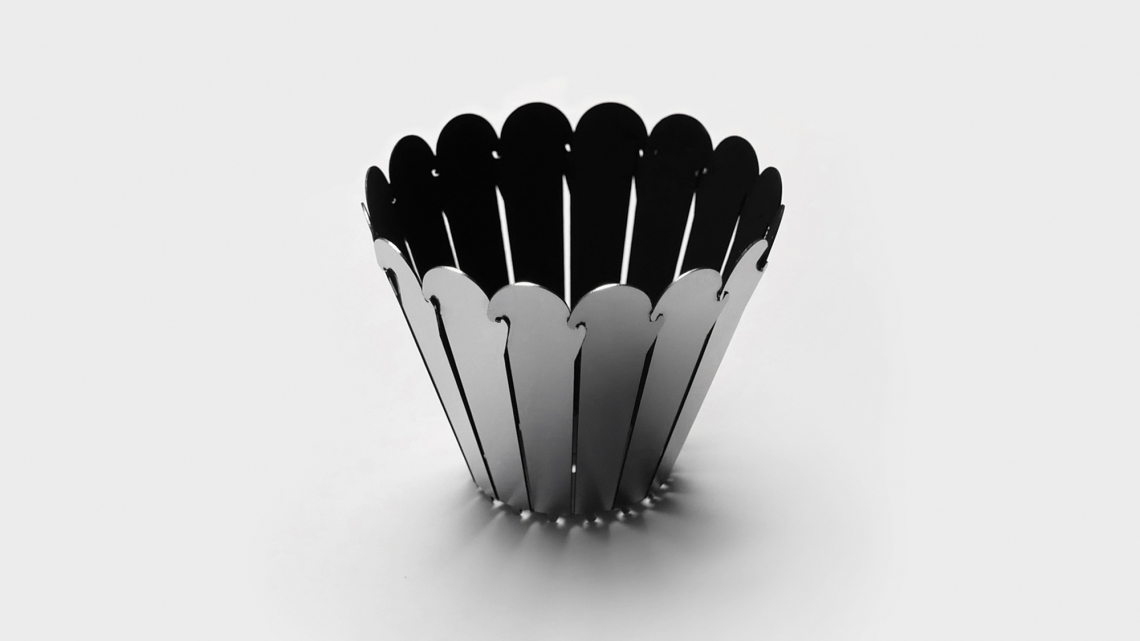 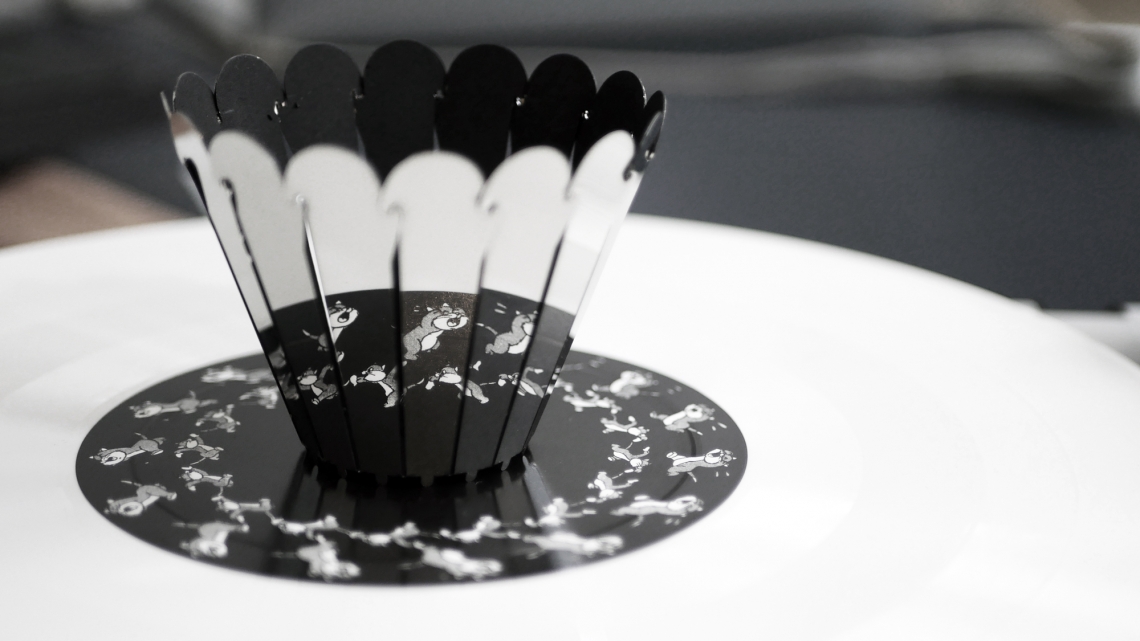