The first LP of The Dead Mantra (Nemure) is in respect of genre traditions, while Saudade Forever is a rereading of genres that influence the group. The first is illustrated in a religious way with the choir of the Basilica of St. Francis of Assisi, and the second is associated with an interpretation (tinted of religion) of mythology by a Renaissance artist, the Feast of the Gods of Paulus Willemsz.

Saturn is in the center, he is the father of gods, with Jupiter (Zeus in Greek), Pluto (Hades in Greek), Neptune (Poseidon in Greek), Juno (Hera in Greek), Vesta (Hestia, in Greek), and Ceres (Demeter in Greek). The scene depicts a feast of gods, where they participate in a meal that however does not seem at all festive. The sluggishness of this scene disturbs our understanding and its meaning: adapted for this LP which will be the last one of the group, where everything is turning sad and silent. The visual tells an old story and the crop centers a paternal figure, where we discover the rest of the scene by removing the insert (the silver lamination imitates the material of the original work). 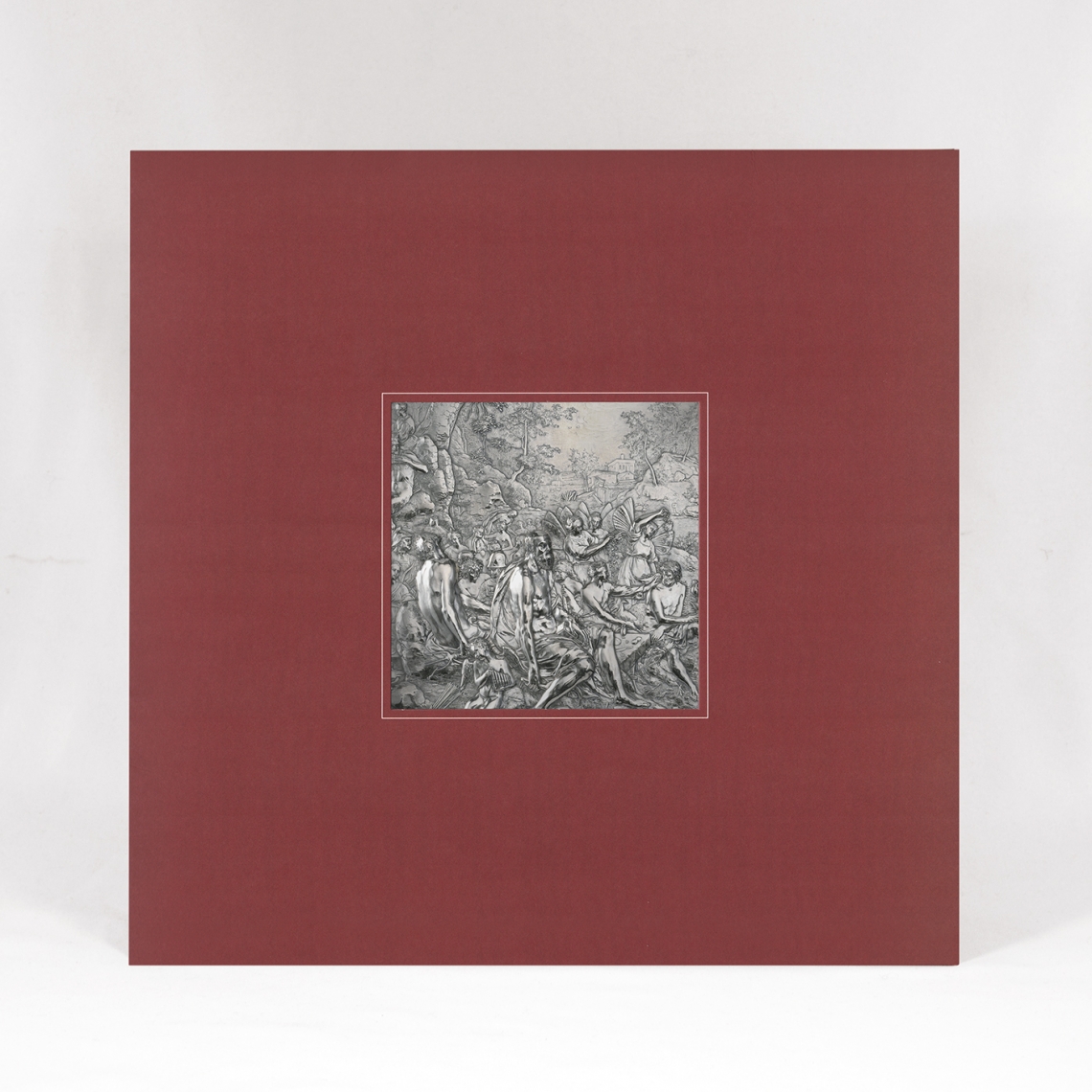