BAAM was created in November 2015 at the initiative of a group of solidarity supporters, following the evacuation of high school Jean Quarré in the 19th arrondissement of Paris.

During the summer of 2015, this disused high school was occupied by more than 900 migrants from Afghanistan, Iran, Eritrea, Sudan, Ethiopia and other countries, fleeing the war, massacres, dictatorships, economic and ecological disasters.

Since this evacuation, the association has been present on street camps and during emergencies. They are lawyers, teachers, students, social workers, artists, journalists, unemployed and unemployed, French or foreign, animated by the same desire to welcome migrant people with dignity.

The association BAAM likes to oppose a militant voice to the xenophobic policies currently in force in France as in Europe, but they also loves music, culture and partying which they wants to gather together.

So BAAM organize its multicultural festival, a whole day of exchange and solidarity on the theme of migration with cultural workshops, debates, exhibitions of migrant artists, concerts, stand-ups and especially meetings.

The most beautiful guests of the BAAM will be the many exiles for whom they are fighting for because it is them who give BAAM the energy to mount such actions, and the price will be 15 € so as not to hinder access to culture for all.

We are proud to support the festival sponsored by Nekfeu and it will take place on September 7, 2019 at the Docks of Paris (89 Avenue of General Stores, Aubervilliers) from 2 PM to 6 AM. 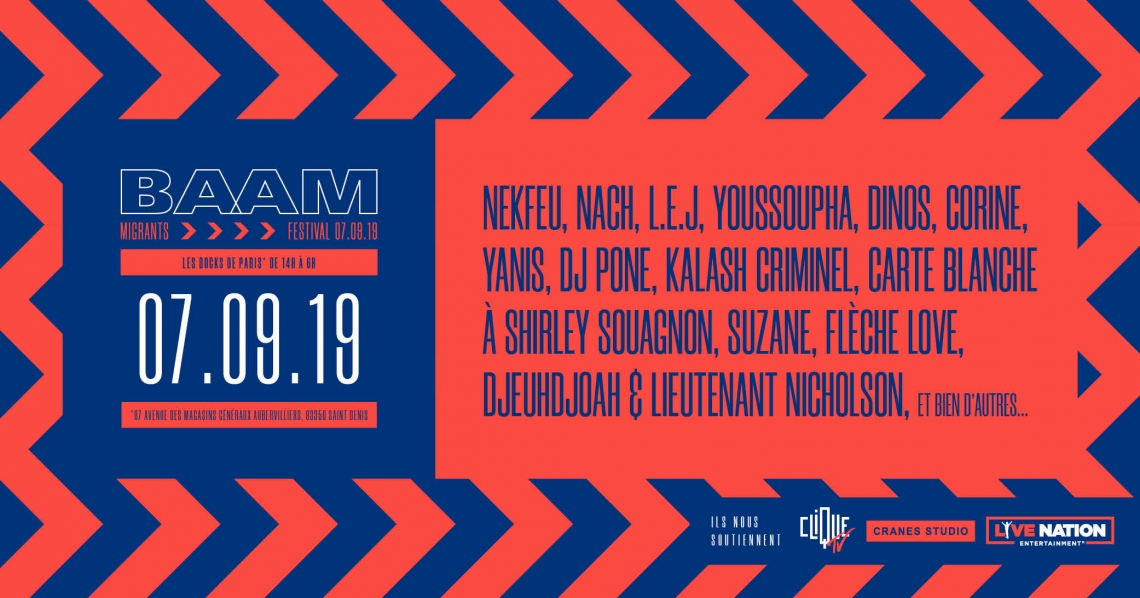