After a few digital bootlegs of concerts in Le Mans and Paris, will come the idea to create a label to accompany The Dead Mantra, with a first record recorded in Belgium in 2011 (first training accompanied by Victoria Boussard-Turbet keyboardist and Edouard Sentilhes to the rhythm guitar, who will leave the group to make room for Louis Muller in 2013).

The illustration is a preparatory pencil drawing and therefore has a basis for work (what the group defends through this EP: "we had compositions that we did not really have the level to play" - La Feuille, 2012), the group assumed this form of precipitation. Very referenced, this EP quotes as much the Black Rebel Motorcycle Club by his compositions that literally with the Brian Jonestown Massacre: in the track A Bomb Baby, Paul Boumendil quotes the sentence "The Gun Drops" of Peter Hayes, taken from the movie Dig! (documentary about the Brian Jonestown Massacre and the Dandy Warhols). The group assumes influences of the psyche rock and thus a certain form of classicism, which is recalled visually with two characters drawn from the painting Les Oréades (1902, William Bouguereau, Musée d'Orsay) where nudity and academicism highlight two oppositions of the group, a lack of control which destabilizes them on stage and constant winks to their references (they will admit for example having played too early for the first part of A Place To Bury Strangers at l'Ubu in Rennes).

The visual between two men with a giant skull recalls a certain aesthetic of contemporary psychedelic rock (see Aqua Nebula Oscillator) inspired by Kenneth Anger (a video fan clip of A Bomb Baby quoted Sergueï Paradjanov at the time), with themes of death and duality, tradition and ritual: the disc will not necessarily pose all the aesthetic bases of the label, but it will put above all a relational base expressed in the form of a pact (a copy of their contract has been symbolically signed with blood). The first questions of the label will be based on a desire to release a special object, here a 10 inches vinyl accompanied by a CD, with 333 separate copies with 111 white copies and 222 black copies. The release of the EP was the subject of a release party in Le Mans and brang together a welded and faithful audience until then. 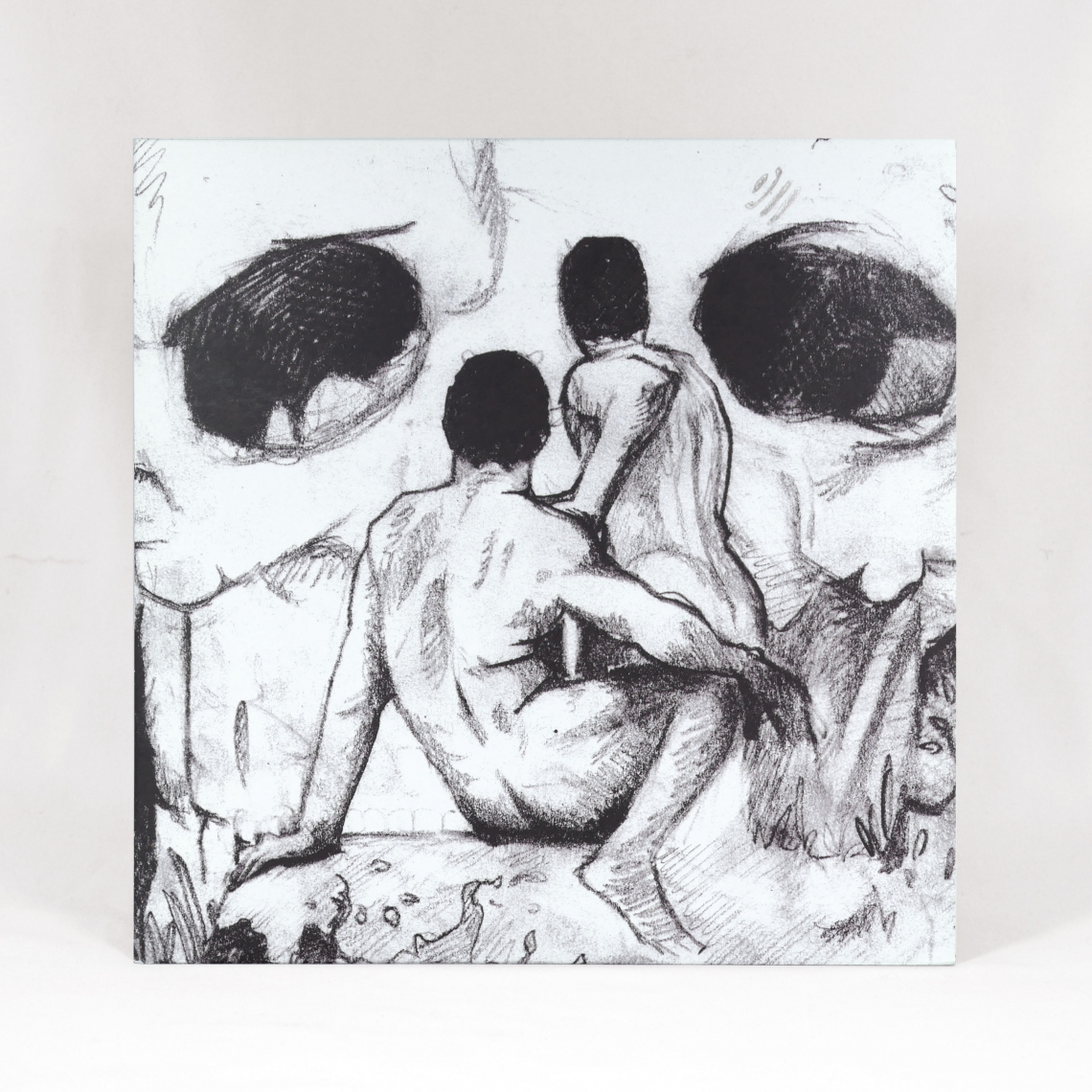