HARRY HOWARD AND THE NDE

Pretty by Harry Howard and The NDE is a co-production with Beast Records (Rennes, FR) and Spooky Records (Melbourne, AU). The illustration of the disc features two fans of the band (in fact the two directors of the label) wearing t-shirts of the record, like the Washing Machine cover from Sonic Youth.

The tone is off-beat, like Harry's humorously evoking his aging beauty, the t-shirts made for the occasion are garish and glittery, and quote Harry Howard: "Ah, it's a pity, that you're so pretty, it's a pity - it's a crying pity, it's such a pity, you're not too pretty - you realize that you're so pretty, it's a pity (it's not that much of a pity) you're much too pretty, oh you could be pretty! Oo oooh I find you pretty mmm mm mm… It’s a pity that you’re not more or less pretty. Wipe out, wipe out, light out ... " The derivative product becomes the cover, and the cover is illustrating again the derivative product, moreover the tshirt will be used in the clip of Sensitive To The Cold (video down below) always in a spirit of fanaticism and amateurism.

Harry Howard And The NDE - Sensitive To The Cold 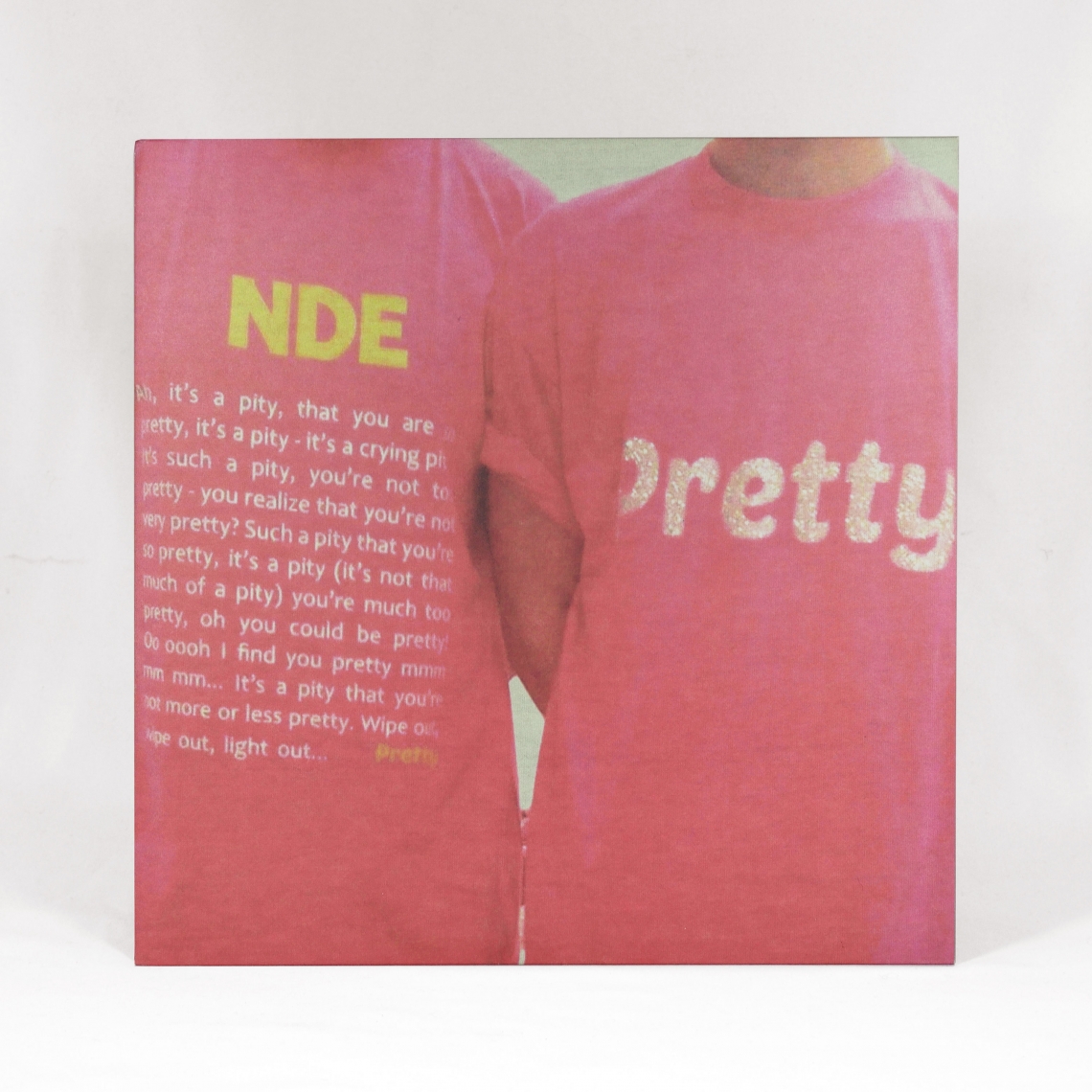