Shadow Motel is located between several eras: Siouxie in voice, keyboards from The Doors and noisy guitars borrowed from Thurston Moore from Sonic Youth. All in a dominant black and a controlled coherence despite the great stylistic gap, the art cover represents this plurality with a motel between several eras: the subject is rather typical of the 60s with a treatment reminiscent of Ed Ruscha in his work with perspective (motels and gas stations of the American Golden Age), the car model dates from the early 90s and the graphics refers to the Joy Division's Unknown Pleasures cover (thus to be located in the early 80's and the Factory Records period). The work on the front and back of the cover is a game from inside / outside, the back being the motel from the point of view of the interior of the car, with a figuration of the windows and an exaggerated perception of the geometry of space, as a reference to the bulidings representation of the artist Markus Raetz with a voyeuristic approach.

"Whatever it is, the experience of a night spent in a motel constantly oscillates between security and insecurity, between the will to curl up and that to expose oneself, to stay in bed and to listen to doors or even open them to experience forbidden privacy. It feels at the same time protected by the white partitions which surround us and vaguely worried by the environment often sorry that one guesses beyond. We would like to escape the world and we feel that it could, at one time or another, knock on the door." - Lieu Commun: Le motel américain, Bruce Bégout 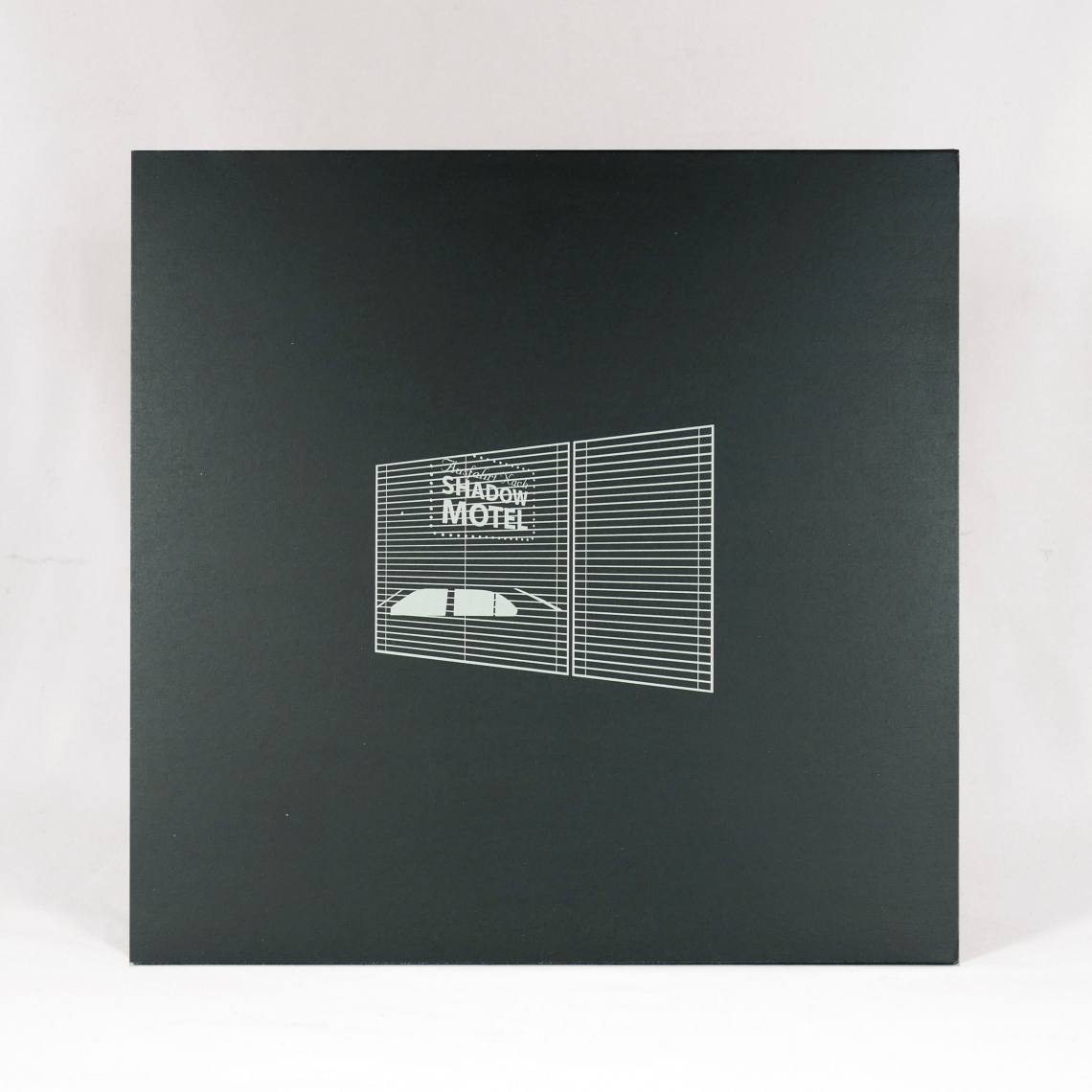